Chapel of the High-Speed Pass News Release May 2018 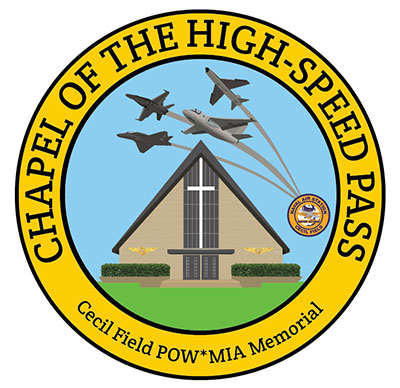 FOR IMMEDIATE RELEASE May 20, 2018
Point of Contact: Chaplain Pat Archuleta

As we go forward with progress of the Chapel of the High Speed Pass and its focus on the “Four Chaplains” who gave their lives to save others, this news release will highlight one of the Four Chaplains in this months news release.

George L. Fox: The oldest of the four, George knew all about war. At a very young age, he enlisted in the Army in 1917 as a medical corps assistant. He won a Silver Star for rescuing a wounded solider from a battlefield filled with poison gas, the Croix de Guerre for outstanding bravery in an artillery barrage, and the Purple Heart for wounds he received. A resident of Vermont, he was a successful accountant and family man when he heard God’s call to ministry. Fox went back to school and later was ordained into the Methodist denomination. When war came, he once again enlisted, telling his wife, “I’ve got to go. I know from experience what our boys are about to face. They need me.” Fox began active duty on August 8, 1942, and served until that fateful morning of February 3, 1943.

• There is a New Roof on the “Chapel of the High-Speed Pass”. Praise God!
• Electrical work on the interior chapel was completed the week of May 14th.
• Chapel and Memorial Cleanup Day were held May 19th for cleaning of the interior of the chapel and maintenance of the memorial grounds.
• The paint scheme and the contractor have been selected with work to begin the week of May 29th.
• Restoration of the front door to start in two weeks.
• A dedication event/ceremony for July is in the planning stages. More to come later.

This Month’s Bible Scripture:
“Praise be to the LORD GOD, the God of Israel, who alone does marvelous deeds”. PSALMS 72:18 (NIV)