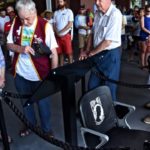 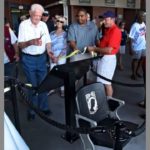 The Jacksonville Jumbo Shrimp added an additional seat to their stadium Monday before the season finale that isn’t meant for anyone who will ever pass through the turnstiles.

The seat will forever remain vacant in honor of prisoners of war and missing-in-action service members to recognize the sacrifices they’ve made to the country. The chair of honor will be cordoned off to prevent people from sitting in it during home games going forward.

The group is working to raise money for the project and hopes tributes like the chair at the Baseball Grounds of Jacksonville will help with awareness, said Mike Cassata, president of the nonprofit.