A tree was planted for each pilot and engraved markers were added. A driving force behind establishing the memorial was Mary Hoff, wife of MIA pilot LCDR Michael G. Hoff. Along with other spouses and family members, they assisted in making the memorial a reality. 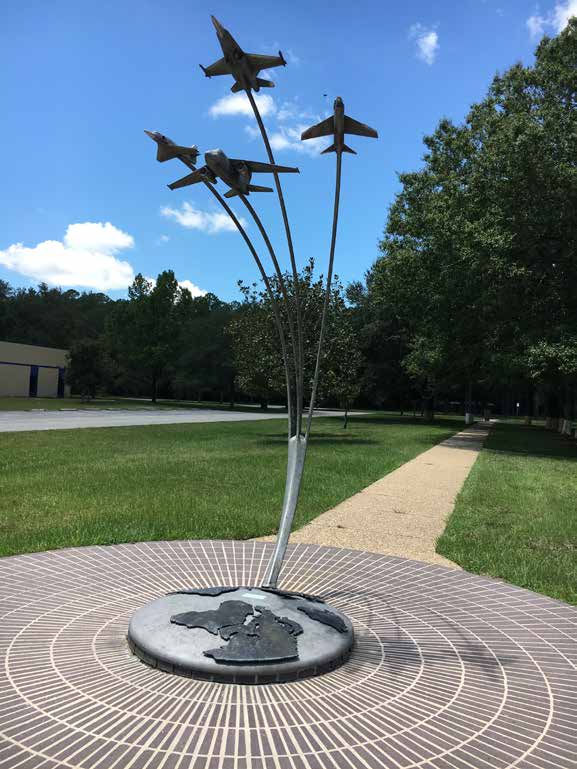 Mary was also instrumental in developing the mission’s universal symbol known as the POW/MIA flag. Besides the American flag, this is the only other flag authorized to fly over the White House and the only other flag that can fly on the same pole as the American flag. Undoubtedly, this flag has become a recognized symbol for POWs, MIAs, their families, friends and our nation, and the enduring cause that they will never be FORGOTTEN. 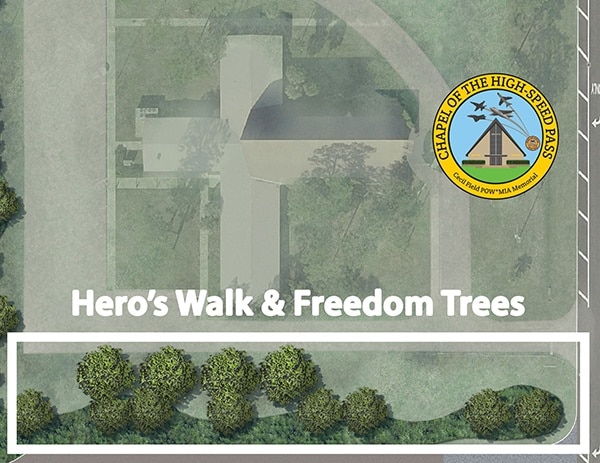 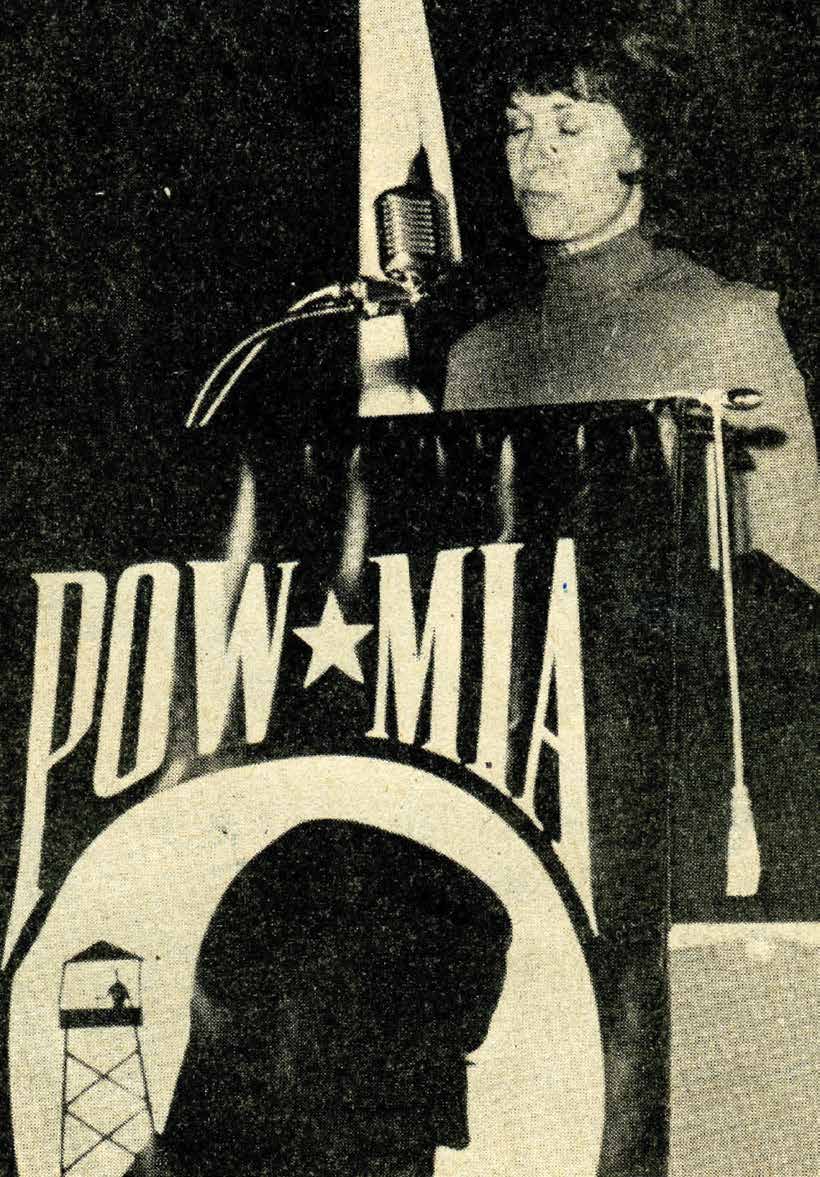 EMOTIONAL MOMENT – Mrs. Mary Hoff fights back tears as she thanks everyone for their efforts in making the Vietnam War Memorial at Cecil Field a reality. In front of the podium is the POW/MIA logo, conceptualized and developed by Mrs. Hoff in 1971 and adopted by the National League of POW/MIA Families in early 1972. It has become a universal symbol of our government’s sacred obligation to do everything possible to return and account for those who are taken prisoner or go missing from all wars. LCDR Hoff is still unaccounted for as of 2022.